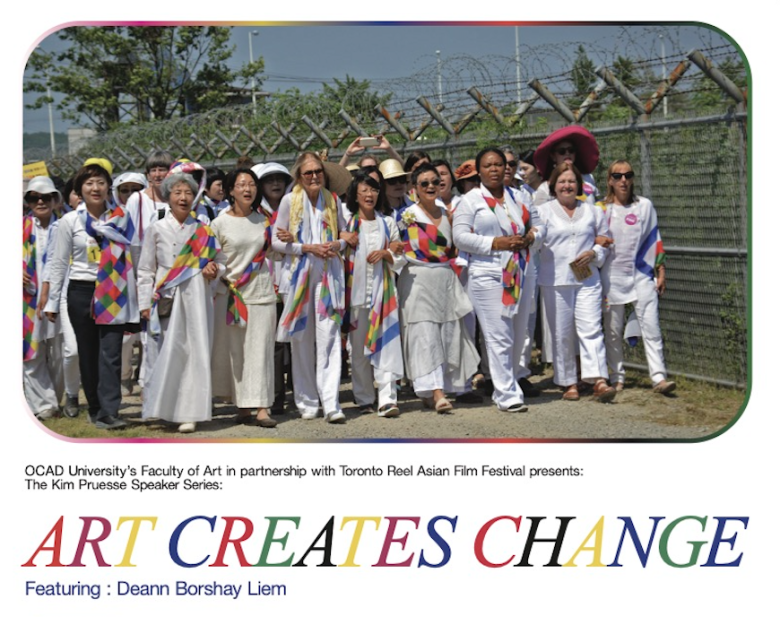 Deann Borshay Liem, a Sundance Institute fellow, has worked in independent documentaries for over twenty years. Her films include the Emmy Award-nominated documentary, First Person Plural (Sundance, 2000) and the award-winning films, In the Matter of Cha Jung Hee (PBS, 2010) and Memory of Forgotten War (with Ramsay Liem; PBS, 2015). As former director of the Center for Asian American Media (CAAM) she activated the work of racialized artists in public media.

Join us for the Canadian premiere of Liem’s film CROSSINGS, a documentary that follows a group of international women peacemakers who set out on a risky journey across the demilitarized zone between North and South Korea, calling for an end to a 70-year war that has divided the Korean peninsula and its people.

Following the screening Deann Borshay Liem will be in conversation with Christine Ahn of Women Cross DMZ.

Deann Borshay Liem has over 20 years’ experience working in the development, production, and distribution of independent documentaries. She is the producer, director, and writer of the Emmy Award-nominated documentary, First Person Plural (2000), as well as the award-winning films In the Matter of Cha Jung Hee (2010) and Memory of Forgotten War (2015).