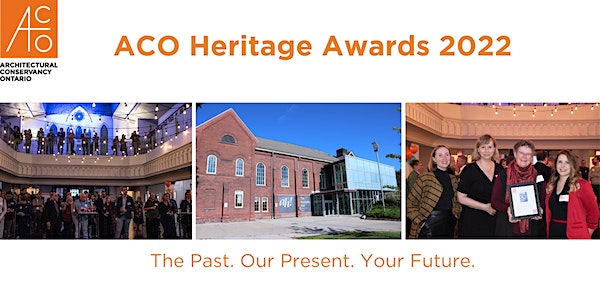 A celebration of excellence in heritage conservation, honouring outstanding preservation leaders, projects, and initiatives across Ontario

The Venue and Event: The Assembly Hall has been an important part of the Etobicoke Lakeshore community for over a century. Built in 1898 as part of the Mimico Lunatic Asylum (later renamed the Lakeshore Psychiatric Hospital), it was designed to serve as a place of recreation and worship for the patients and hospital staff. After the hospital’s closure in 1979, Assembly Hall fell into disuse for two decades.The combined efforts of local activists and politicians helped to support the City of Toronto’s restoration of this facility, which reopened on in June 2001. Join us for a beautifully catered cocktail party and formal awards presentation in this gorgeous designated historic building.